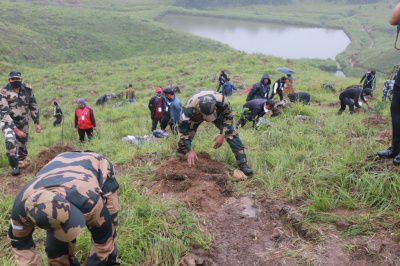 Meghalaya's Cherrapunji, once credited as the wettest place on Earth, would be adopted by Assam Rifles for an ambitious plantation drive to restore the lost greenery in the world-famous spot.

With the plantation of lakhs of saplings, an ambitious project to make Cherrapunji green again has started on Sunday, Union Home Minister Amit Shah said on Sunday.

He said that Cherrapunji used to have rains throughout the year, but due to indiscriminate tree-felling in the name of development, the situation has changed over the years.

"In Cherrapunji, trees were felled for fuel and other uses.