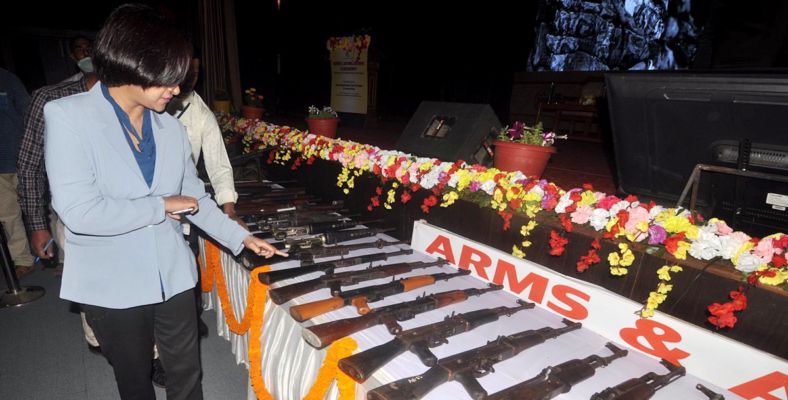 Assam: Over 1000 rebels belonging to 5 insurgent outfits lay down arms in Guwahati

Over 1000 rebels belonging to at least 5 Karbi insurgent outfits in Assam laid down arms in Guwahati in a function on Tuesday.

The rebels laid down their arms in a function in the presence of Assam Chief Minister Sarbananda Sonowal at the Srimanta Sankardev Kalakhetra in Guwahati.

Rebels from banned outfits such as PDCK, KNLF, KPLT, KLF and UPLA of Karbi Anglong laid down arms.