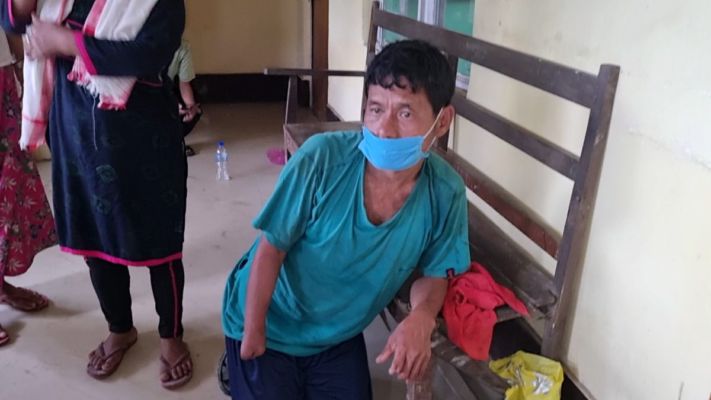 Residents at Margherita in eastern Assam's Tinsukia district simmered with anger over the alleged torture of a 45-year-old-specially-abled man inside an army camp.

The villagers said the brutality was doled out by personnel of the Indian Army's Rajputana Rifles at Jagun under Ledo police station of the district.

Locals said the Indian Army personnel picked up the man identified as Rangan Hakhun from his residence at Malau village in the foothills of the Patkai Hills on charges of his nexus with NSCN militants.

He was questioned at the army camp allegedly brutally tortured by the personnel.