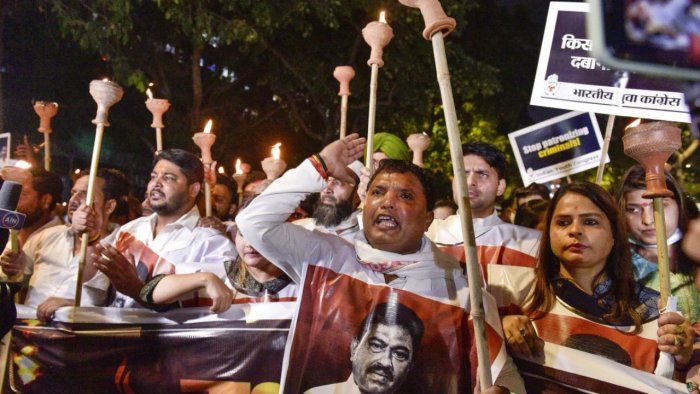 The Indian Youth Congress on Wednesday took out a 'Mashal Aakrosh Julus' demanding justice for the farmers who lost their lives during the recent Lakhimpur Kheri violence in Uttar Pradesh, a party statement said.

The march, led by IYC national president Srinivas B V, also demanded dismissal of Minister of State for Home Ajay Mishra, whose convoy allegedly ran over the farmers on October 3.

'It appears that the policy of the Narendra Modi government at the Centre is to 'tire and harass' the farmers, a strategy which has failed.