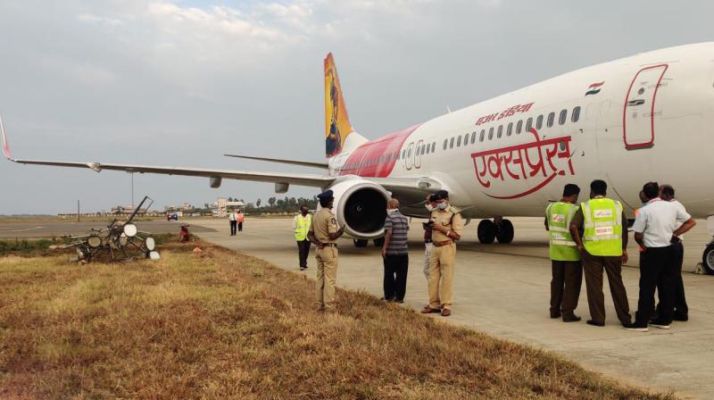 Vijayawada: Seventy-one persons on board an Air India Express flight had a lucky escape when a wing of the aircraft hit an electric pole while the aircraft taxiing to the terminal building at the Vijayawada international airport at Gannavaram near the city on Saturday.

The aircraft had arrived from Doha with 19 passengers for Vijayawada and the rest for Tiruchirapalli in Tamil Nadu, the next destination. The aircraft was carrying 64 passengers and six crew members at that time. All of them were reported to be safe. Flight IX 1676 is operated once a week on the Doha-Vijayawada-Tiruchirapalli route.